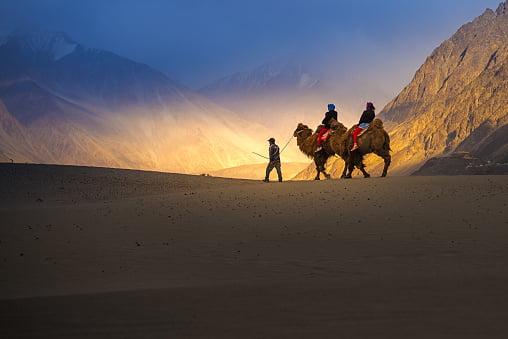 HUnder Nubrais a tri-armed valley located to the northeast of Ladakh valley. Diskit the capital of Nubra is about 150 km north of Leh town, the capital of Ladakh district, India. Local scholars say that its original name was Ldumra (the valley of flowers). The Shyok River meets the Nubra or Siachen River to form a large valley that separates the Ladakh and Karakoram Ranges. The Shyok river is a tributary of the Indus river. The average altitude of the valley is about 10,000 ft. i.e. 3048 meters above sea level. The common way to access this valley is to travel over the Khardung La pass from Leh town. Foreign nationals are required to get a Protected area permit to visit the Nubra Valley. Since 1st May 2014 Indian citizens are no longer required to get an Inner Line Permit to visit the valley.

Diskit town in the valley has become the congregation center for people of the region. Diskit is the headquarters of the Nubra Valley and thus has a lot of government offices with basic facilities. It is also connected by road with Leh. The 32 meter Maitreya Buddha statue is the landmark of Nubra Valley and is maintained by the Diskit Monastery.

On the Shyok (pronounced Shayok) River, the main village, Diskit, is home to the dramatically positioned Diskit Monastery which is built in 1420 AD. Hundar was the capital of the erstwhile Nubra kingdom in the 17th century and is home to the Chamba Gompa. Between Hundar and Diskit lie several kilometers of sand dunes, and (two-humped) Bactrian camels graze in the neighboring “forests” of sea buckthorn. Non-locals are not allowed below Hundar village into the Balti area, as it is a border area. The beautiful village of Baigdandu is also located in this area. There is a marked presence of people with startling blue eyes, auburn hair, and rosy cheeks as against the typical mongoloid features of the Ladakhis. Local lore has it that they were a Greek tribe who came in search of Jesus Christ’s tomb and eventually settled here. Baigdandu is also known for the goats that give you the famous Pashmina shawls.

The main road access to the Nubra Valley is over Khardung La pass which is open throughout the year. Its status as the highest motorable road in the world is no longer accepted by most authorities. An alternative route, opened in 2008, crosses the Wari La from Sakti to the east of Khardung La, connecting to the main Nubra road system via Agham and Khalsar along the Shyok River. There are also trekkable passes over the Ladakh Range from the Indus Valley at various points. Routes from Nubra to Baltistan and Yarkand, though historically important, have been closed since 1947 and 1950 respectively.

The valley was open for tourists till Hunter (the land of sand dunes) until 2010. The region beyond Hunder gives way to a greener region of Ladakh because of its lower altitude. The village of Turtuk which was unseen by tourists till 2010 is a virgin destination for people who seek peace and an interaction with a tribal community of Ladakh. The village is stuffed with apricot trees and children. The local tribe, Balti, follows its age-old customs in their lifestyle and speak a language that is just spoken and not written. For tourists, Turtuk offers serene camping sites with environment-friendly infrastructure. 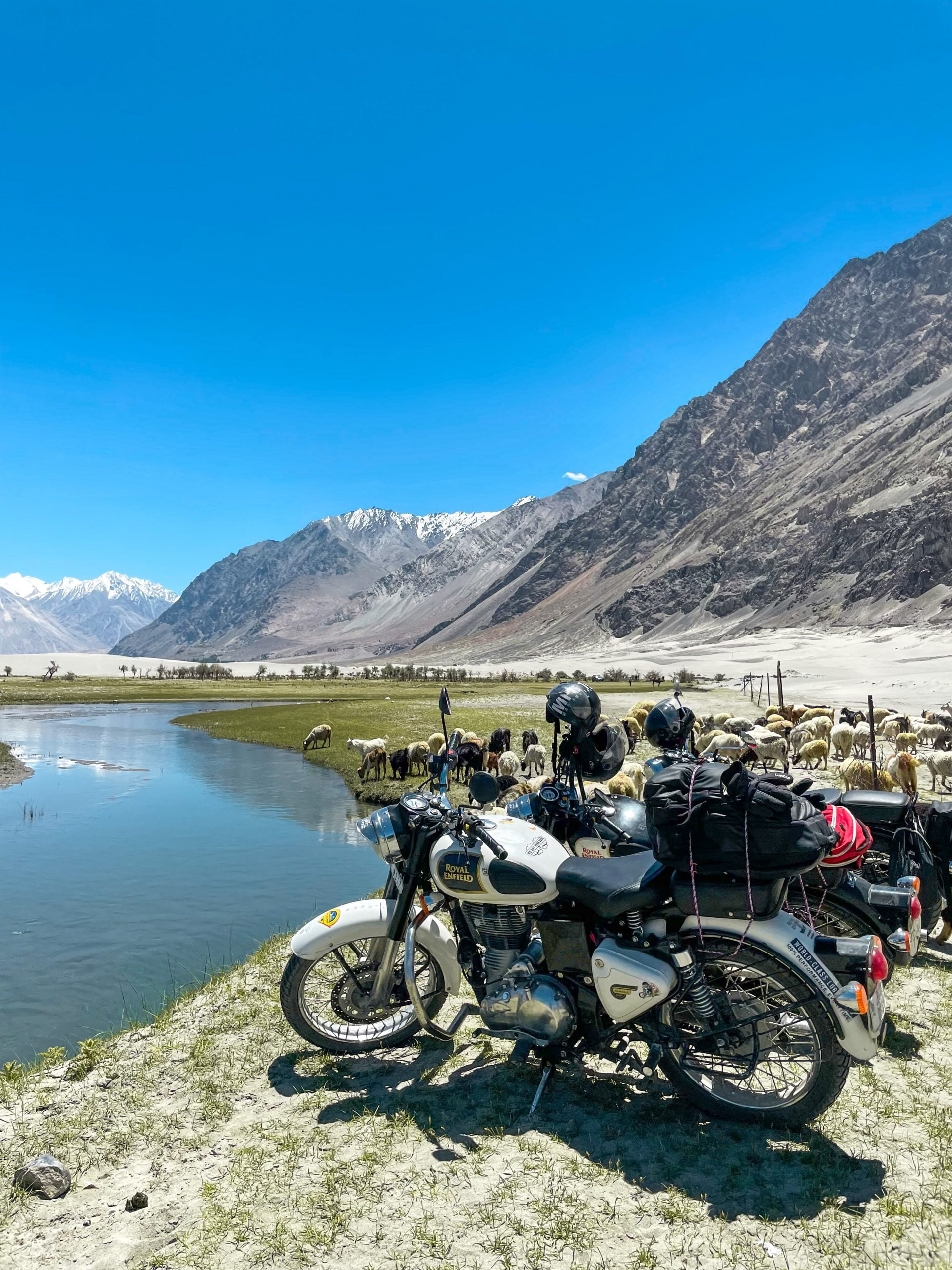